Wade Hall is professor of English at Bellarmine College. He is the editor of the Kentucky Poetry Review and has written extensively on southern literature and history. 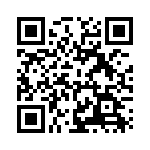