The previous book “At Dawn We Slept” was a re-creation of the apocalyptic events of December 7, 1941. This provocative sequel delves even further to examine the underlying causes of Pearl Harbor and ... Read full review

Pearl Harbor: the verdict of history

Prange's twin volumes offer everything you always wanted to know about Pearl Harbor but were afraid to ask, plus pictures! Together, these tomes comprise an exhaustive study of the day that will live ... Read full review

Gordon W. Prange (1910–1980) was a professor of history at the University of Maryland and a World War II veteran. He served as the chief historian on General Douglas MacArthur’s staff during the postwar military occupation of Japan. His 1963 Reader’s Digest article “Tora! Tora! Tora!” was later expanded into the acclaimed book At Dawn We Slept. After Prange’s death, his colleagues Donald M. Goldstein and Katherine V. Dillon completed several of his manuscripts, including At Dawn We Slept. Other works that Goldstein and Dillon finished include Miracle at Midway; Pearl Harbor: The Verdict of History; December 7, 1941: The Day the Japanese Attacked Pearl Harbor; and Target Tokyo: The Story of the Sorge Spy Ring.

Donald M. Goldstein (1931–2017) was a retired United States Air Force officer; professor emeritus of public and international affairs at the University of Pittsburgh, where he taught for thirty-five years; a winner of two Peabody Awards; and author of many books. He also taught at the Air Force Academy, the Air War College, the Air Command and Staff College, the University of Tampa, and Troy State University. He was considered the leading authority on the Pearl Harbor attack. 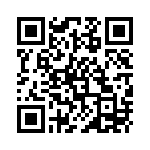