First of all, I don't know any Roman Olympian named Paelen so this book didn't appeales much to me unlike Percy Jackson's. Uh, I didn't mean to compare it but you know, you just can't help it if you ... Read full review

Pegasus: The Flame of Olympus is incredible! Ever since I read this book , Katie O'Hearn has been one of my favorite authors of all time. The story of this book are so descriptive, it feels as if nothing else in the world matters. Read full review

Kate O'Hearn was raised in the heart of New York City. Throughout her life, she has always had an active and vivid imagination. As a child walking down 5th Avenue, she would envision herself soaring among the city's canyons on the back of a wild dragon. While in Florida, looking over the sea, she could imagine living amongst the whales and beaching in the heavy swells. At night, a star studded sky was yet another playground. These dreams and ideas never faded. Instead they grew until they spilled over into the books she loves to write.Kate's first book Shadow of the Dragon: Kira won the 1066 Schools' Book Award. 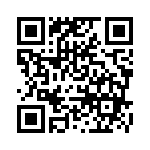