NIGEL BRYANT is well known for his lively and accurate versions of medieval French works. His translations of Chrétien de Troyes' Perceval and all its continuations and of the extraordinary late Arthurian romance Perceforest have been major achievements; he has also translated Jean le Bel's history of the early stages of the Hundred Years War, and the 13th- and 14th-century biographies of William Marshal and Bertrand du Guesclin. He was awarded the 2019 Norris J. Lacy Prize for outstanding editorial achievement in Arthurian studies. 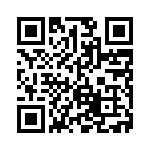