Paul F. Lazarsfeld was a Viennese-born American mathematician, psychologist, and sociologist who immigrated to the United States in 1933. In Vienna he had established an applied social research center, which became a model for others in the United States; the most famous product of the Vienna center is Marienthal (1933) a pioneering study of unemployment in an Austrian village. In the United States, Lazarsfeld became director of a Rockefeller Foundation-supported study of the impact of radio; through this study, communications research was established as a field of social science inquiry. In 1937 Lazarsfeld founded a research center, which became the Bureau of Applied Social Research at Columbia University; he taught at Columbia from 1940 until 1969. Lazarsfeld's research areas included mass communications, voting, latent structure analysis, mathematical models, the history of quantitative research, and the analysis of survey data. His major goal was to find intellectual convergences between the social sciences and the humanities, between concept formation and index construction, and between quantitative and qualitative research. His enthusiasm and originality had an enormous impact on colleagues and students; an annual evening lecture and reception at Columbia provided an opportunity for them to share both vivid memories and current experiences. 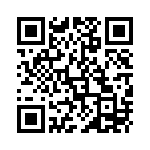