Philosopher: a kind of life

This is the story of a Mennonite boy who grew up in small-town Ontario and went on to be Grote professor of mind and logic at University College, London. Along the way, he defended determinism against ... Read full review 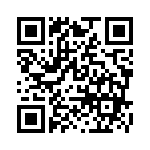