Born and raised in Tokyo, Tanabe Hajme shifted his college training at Tokyo University to philosophy, after an initial interest in mathematics and science. As he progressed in the field, he became keenly interested in the work of Nishida Kitaro, who brought him to Kyoto University in 1919 to teach; Tanabe's early works reflect their close association. From 1922 to 1924, Tanabe studied in Germany, primarily under Alois Reihl and Edmund Husserl, and upon returning to Kyoto, he worked in earnest to develop his own philosophical theory. Although he was an important figure in establishing the Kyoto School, his philosophy increasingly diverged from Nishida's. Influenced by Hegel's (see also Vol. 3) work, Tanabe formulated his own "absolute dialectic" in Elements of Philosophy (1933). In opposition to Nishida's viewpoint, Tanabe next focused on what he called the "logic of species," a system that attempts to privilege neither the universal nor the individual, but rather to see both as polar mediations within a single state. In his later thought, developed during and shortly after World War II, Tanabe turned to the analysis of the limitations and dangers of modern rationalism. Philosophy's true role, he argued, was to be metanoetiometanoetio---to use reasoning as a tool to criticize itself and its inherent tendencies to substantialize, overstructure, and control---all from the standpoint of a reified ego.This marked a shift in the content of his logic and a return to religious philosophy. 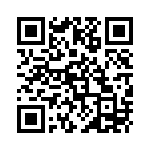