Philosophy and Revolution: From Kant to Marx

This ambitious tract on the formation of Karl Marx's ideas brings together disparate currents in an original and multifaceted reading. Combining intellectual history and biographical narrative, with a ... Read full review

Stathis Kouvelakis is a reader in political theory at King's College London. He is author and editor of many books, including the La France en révolte. Luttes sociales et cycles politiques (Textuel, Paris, 2007), Critical Companion to Contemporary Marxism (Haymarket, New York, 2009) and Lenin Reloaded: Toward a Politics of Truth (co-edited with Sebastian Budgen and Slavoj Zizek, Duke University Press, Durham, 2007), a book translated in German, Italian, Spanish and Turkish.

Fredric Jameson is Distinguished Professor of Comparative Literature at Duke University. The author of numerous books, he has over the last three decades developed a richly nuanced vision of Western culture's relation to political economy. He was a recipient of the 2008 Holberg International Memorial Prize. He is the author of many books, including Postmodernism, Or, The Cultural Logic of Late Capitalism, The Cultural Turn, A Singular Modernity, The Modernist Papers, Archaeologies of the Future, Brecht and Method, Ideologies of Theory, Valences of the Dialectic, The Hegel Variations and Representing Capital. 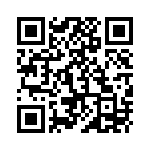