JAMES M. AMBURY is an associate professor of philosophy at King's College in Wilkes-Barre, Pennsylvania, and is a member of the Mellon Philosophy as a Way of Life Network. He is the co-editor (with Andy German) of Knowledge and Ignorance of Self in Platonic Philosophy (2019) and has published articles in Ancient Philosophy, International Philosophical Quarterly, Proceedings of the Boston Area Colloquium in Ancient Philosophy, Dionysius, and Plato.

TUSHAR IRANI is an associate professor of philosophy and letters at Wesleyan University, Connecticut. Apart from his interests in philosophy as a way of life, he works on issues of philosophical method, the history and practice of rhetoric, virtue ethics, and moral psychology in ancient Greek and Roman philosophy. He is the author most recently of Plato on the Value of Philosophy: The Art of Argument in the Gorgias and Phaedrus (2017).

KATHLEEN WALLACE is professor of philosophy at Hofstra University. She is the author of The Network Self: Relation, Process, and Personal Identity (2019). In addition to her interest in philosophy as a way of life, her work spans interests in personal identity and anonymity, ethics, metaphysics, and American philosophy. She is currently on the Board of the Society for the Advancement of American Philosophy and is also the book review editor for Metaphilosophy. 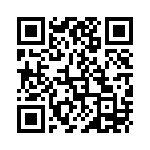