BORN IN WALES UK NOW RETIRED AFTER WORKING IN THE HIGH STREET IN A SHOP SELLING ART AND FRAMES, MOUNTS AND TROPHY'S, SELF TAUGHT WATERCOLOUR ARTIST OF SEASCAPES AND LANDSCAPES 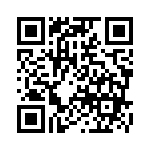