Melville decided to write a parody on the literature of his day. Unfortunately, it doesn't quite work. Pierre, the protagonist, makes very ludicrous decisions and arrives at extremely ridiculous ... Read full review

Prose style like no other author (that I have heard of yet Of course, there are a host of nineteenth-century American authors whom I have not read yet, so I am certain that there would be some of them ... Read full review

Page 462 - Say what some poets will, Nature is not so much her own ever-sweet interpreter, as the mere supplier of that cunning alphabet, whereby selecting and combining as he pleases, each man reads his own peculiar lesson according to his own peculiar mind and mood. Thus a high-aspiring, but most
Appears in 59 books from 1852-2007
Page 389 - Deep, deep, and still deep and deeper must we go, if we would find out the heart of a man ; descending into which is as descending a spiral stair in a shaft, without any end, and where that endlessness is only concealed by the spiralness of the stair, and the blackness of the shaft.
Appears in 40 books from 1852-2005
More
Page 384 - pains we mine into the pyramid; by horrible gropings we come to the central room ; with joy we espy the sarcophagus; but we lift the lid—and no body is there!—appallingly vacant as vast is the soul of a man!
Appears in 84 books from 1852-2004
Page 411 - Who shall tell all the thoughts and feelings of Pierre in that desolate and shivering room, when at last the idea obtruded, that the wiser and the profounder he should grow, the more and the more he lessened the chances for bread; that could he now hurl his deep book out of the window, and fall
Appears in 23 books from 1852-2006
Page 331 - the drawing-room into the general levee of letters ; he never permits himself to astonish; is never betrayed into any thing coarse or new ; as assured that whatever astonishes is vulgar, and whatever is new must be crude. Yes, it is the glory of this admirable young author, that vulgarity and vigor —two inseparable
Appears in 20 books from 1852-2006
Page 77 - to wed this heavenly fleece ? Methinks one husbandly embrace would break her airy zone, and she exhale upward to that heaven whence she hath hither come, condensed to mortal sight. It can not be; I am of heavy earth, and she of airy light. By heaven, but marriage is an impious thing!
Appears in 20 books from 1852-2005
Page 71 - burst of impatience against the sublime Italian, Dante, arising from that poet being the one who, in a former time, had first opened to his shuddering eyes the infinite cliffs and gulfs of human mystery and misery;—though still more in the way of experimental vision, than of sensational presentiment or experience
Appears in 19 books from 1852-2006
Page 266 - lower, lower; now all is done, and all is ashes! Henceforth, cast-out Pierre hath no paternity, and no past; and since the Future is one blank to all; therefore, twice-disinherited Pierre stands untrammeledly his ever-present self!—free to do his own self-will and present fancy to whatever end!
Appears in 23 books from 1852-2006
Page 459 - censures, equally unsought for, and equally loathed ere given. So, beforehand he felt the pyramidical scorn of the genuine loftiness for the whole infinite company of infinitesimal critics. His was the scorn which thinks it not worth the while to be scornful. Those he most scorned, never knew it. In that lonely little closet of his, Pierre
Appears in 18 books from 1852-2003
Page 468 - For ye two, my most undiluted prayer is now, that from your here unseen and frozen chairs ye may never stir alive;— the fool of Truth, the fool of Virtue, the fool of Fate, now quits ye forever
Appears in 37 books from 1852-2006
Less

Herman Melville (August 1, 1819 - September 28, 1891) was born into a seemingly secure, prosperous world, a descendant of prominent Dutch and English families long established in New York State. That security vanished when first, the family business failed, and then, two years later, in young Melville's thirteenth year, his father died. Without enough money to gain the formal education that professions required, Melville was thrown on his own resources and in 1841 sailed off on a whaling ship bound for the South Seas. His experiences at sea during the next four years were to form in part the basis of his best fiction. Melville's first two books, Typee (1846) and Omoo (1847), were partly romance and partly autobiographical travel books set in the South Seas. Both were popular successes, particularly Typee, which included a stay among cannibals and a romance with a South Sea maiden. During the next several years, Melville published three more romances that drew upon his experiences at sea: Redburn (1849) and White-Jacket (1850), both fairly realistic accounts of the sailor's life and depicting the loss of innocence of central characters; and Mardi (1849), which, like the other two books, began as a romance of adventure but turned into an allegorical critique of contemporary American civilization. Moby Dick (1851) also began as an adventure story, based on Melville's experiences aboard the whaling ship. However, in the writing of it inspired in part by conversations with his friend and neighbor Hawthorne and partly by his own irrepressible imagination and reading of Shakespeare and other Renaissance dramatists Melville turned the book into something so strange that, when it appeared in print, many of his readers and critics were dumbfounded, even outraged. By the mid-1850s, Melville's literary reputation was all but destroyed, and he was obliged to live the rest of his life taking whatever jobs he could find and borrowing money from relatives, who fortunately were always in a position to help him. He continued to write, however, and published some marvelous short fiction pieces Benito Cereno" (1855) and "Bartleby, the Scrivener" (1853) are the best. He also published several volumes of poetry, the most important of which was Battle Pieces and Aspects of the War (1866), poems of occasionally great power that were written in response to the moral challenge of the Civil War. His posthumously published work, Billy Budd (1924), on which he worked up until the time of his death, became Melville's last significant literary work, a brilliant short novel that movingly describes a young sailor's imprisonment and death. Melville's reputation, however, rests most solidly on his great epic romance, Moby Dick. It is a difficult as well as a brilliant book, and many critics have offered interpretations of its complicated ambiguous symbolism. Darrel Abel briefly summed up Moby Dick as "the story of an attempt to search the unsearchable ways of God," although the book has historical, political, and moral implications as well. Melville died at his home in New York City early on the morning of September 28, 1891, at age 72. The doctor listed "cardiac dilation" on the death certificate. He was interred in the Woodlawn Cemetery in The Bronx, New York, along with his wife, Elizabeth Shaw Melville. 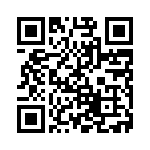