David Fearn is Reader in Greek Literature at the University of Warwick.

David Fearn is Reader in Greek Literature at the University of Warwick. His research focuses on the poetics, aesthetics, and the socio-political contextualization and reception of archaic and classical Greek literature, and of lyric poetry in particular, though he is also interested in classical historiography, rhetoric, and ancient aesthetics more broadly. His first book, Bacchylides: Politics, Performance, Poetic Tradition (OUP, 2007), sought to rehabilitate the reputation of this underappreciated poet. He has also edited a collection of essays entitled Aegina: Contexts for Choral Lyric Poetry. Myth, History, and Identity in the Fifth Century BC (OUP, 2011) discussing the interrelation of poetry and culture on the Greek island of Aegina. 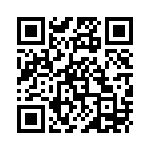