I suppose I should care a lot more, but I get tired of hearing that every plant product I use is either about to become extinct or is used in ways that destroy the environment or that destroy people and/or tribes. Read full review

In this updated edition, British ethnobotanist Lewington portrays the interwoven nature of the production and use of plants and plant products and the economical, environmental, and cultural ... Read full review

Anna Lewington is a well-known writer and researcher who specializes in ethnobotany: the uses people make of plants. She has conducted research in Peru, Ecuador, Brazil and Chile, and has a wide knowledge of the (often controversial) industrial uses of plants - from GM soya beans to the endangered wild species used in some herbal medicines. Anna has worked for many different organizations, from the World Wide Fund for Nature to the British Government, and took part in BBC TV's first 'Rough Science' series.

Anna has a long-standing interest in the indigenous people and cultures of Latin America. She has also worked with rubber tappers in Brazil, the indigenous people of Chile's Atacama desert, and Andean communities. Anna's other books include ANCIENT TREES (with her photographer husband Edward Parker), an ATLAS OF RAINFORESTS, ANTONIO'S RAINFOREST and five educational books for children. Anna lives with her family in Dorset. 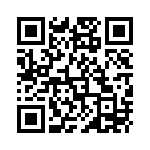