Robert Burns, a Scottish poet, was born in Alloway, Ayrshire, Scotland, on January 25, 1759. He received little formal education, but he enjoyed reading and he became familiar with the writings of such authors as Dryden, Milton, and Shakespeare. Burns worked long hours with his father, a tenant farmer. The frustration of watching his father's struggles on the farm is said to have inspired his satirical poetry. When his father died in 1784, Burns moved the family to the farm Mossgiel about one mile north of the town of Mauchline. Here he continued to work as a farmer and to write poetry. In 1786 Poems, Chiefly in the Scottish Dialect was published, which described the existence of the Scottish peasant. Burns's popularity was immediate, if short-lived. After a brief period of fame in Edinburgh, Burns returned to Ayrshire. Burns married Jean Armour in 1788. They moved first to a farm in Ellisland, then to Dumfries, where Burns worked as a tax inspector. In addition to his poetry, Burns is well known for his songwriting. He worked with James Johnson on a project to revise old Scottish tunes and created some new songs of his own. Some favorites include Auld Lang Syne, To a Mountain Daisy, and Tam o' Shanter. Robert Burns died of rheumatic fever on July 21, 1796, at the age of 37. 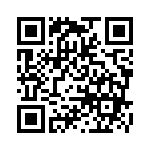