Frederick Burwick is Professor of English and Comparative Literature at the University of California, Los Angeles. He is the author of, most recently, Illusion and the Drama: Critical Theory of the Enlightenment and Romantic Era (Penn State, 1991) and editor (with Paul Douglass) of The Crisis of Modernism: Bergson and the Vitalist Controversy (1992) and (with Walter Pape) Reflecting Senses: Perception and Appearance in Literature, Culture, and the Arts (1995). 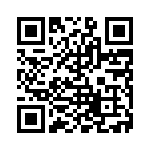