Review: Poetics of Music in the Form of Six Lessons

This book is a difficult read due to a challenging use of vocabulary and the probability that some of its meaning is lost through translation. I am still glad to have read it, and would recommend it as an important read. Read full review

The Russian composer Igor Stravinsky, considered to be one of the greatest composers of the twentieth century, was born in 1882 near St. Petersburg. Stravinsky began piano lessons at the age of 9. He had little interest in a career in music, however, until 1902, when he was introduced to Rimsky-Korsakov while studying law at the University of St. Petersburg. For the next three years, he studied composition with Rimsky-Korsakov. In 1909 the ballet impresario Serge Diaghilev heard a performance of one of Stravinsky's symphonic works and commissioned him to compose three ballets for his Ballets Russes in Paris. These three pieces---The Firebird (1910), Petrouchka (1911), and The Rite of Spring (1913)--- established Stravinsky as the foremost musical innovator in his use of syncopated and irregular rhythms and harsh-sounding harmonies. After World War I, Stravinsky settled in France. The Russian Revolution of 1917 and the Communist dictatorships that followed kept him away from his native land until 1962. In France, Stravinsky's association with Diaghilev continued until the impresario's death in 1929. During this time, the composer adopted a simpler musical style, inspired by the classical composers of the eighteenth century. One of the first indications of this interest in classical music was heard in his ballet Pulcinella (1920). Stravinsky's interest in classical forms influenced his music for over 30 years. Stravinsky moved to the United States in 1939 and became an American citizen in 1945. His continued interest in ballet resulted in an association with the Russian-born choreographer George Balanchine and his New York City Ballet company, for whom Stravinsky wrote several works. In addition, Stravinsky composed a variety of other works, including several operas, the most famous of which is The Rake's Progress (1951). During the mid-1950s, Stravinsky became interested in serialism. The use of serialism in his later works resulted in highly structured and concise compositions, such as his choral composition Threni (1958). A unique and unpredictable composer, Stravinsky never founded a specific school of composition. Nevertheless, his work has had a great influence on many modern composers. 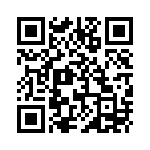