A decidedly contrarian reading of recent Israeli history by a noted dissident-scholar.For Kimmerling (co-author, Palestinians, 1993; Sociology/Univ. of Toronto), who considers himself "an Israeli ... Read full review

This is the most detailed and up-to-date critical biography available of Israel's current prime minister, Ariel Sharon. In this thought-provoking book, Kimmerling (Distinguished Research Professor of ... Read full review

Baruch Kimmerling was Distinguished Research Professor at the Department of Sociology at the University of Toronto and George S. Wise Professor of Sociology at the Hebrew University of Jerusalem. He published numerous books and articles on Israel and Palestine including, with Joel S. Migdal, a revised and enlarged edition of Palestinians: The Making of a People. He died in 2007. 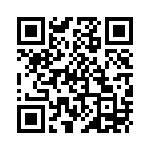