Review: Politics of Piety: The Islamic Revival and the Feminist Subject

Honest, thorough and invigorating. I dont care about the feminist angle but if you do, this is really earth shattering stuff. Read full review

Saba Mahmood is Assistant Professor of Anthropology at the University of California, Berkeley. 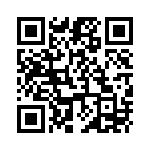