I'm really not sure what to say about "Politics of the Imagination: The Life, Work and Ideas of Charles Fort." Despite its title, it's not really a biography of Charles Fort. It's more of an analysis ... Read full review

Colin Bennett is Professor in the Department of Political Science at the University of Victoria. 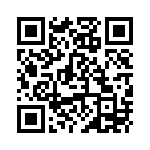