Good enough.
I read this during a visit to pompeii and it brought to life the visit well. The facts seem well researched, and there is enough plot to keep you reading.

Robert Harris is the author of fifteen bestselling novels: the Cicero Trilogy - Imperium, Lustrum and Dictator - Fatherland, Enigma, Archangel, Pompeii, The Ghost, The Fear Index, An Officer and a Spy, which won four prizes including the Walter Scott Prize for Historical Fiction, Conclave, Munich, The Second Sleep, V2 and Act of Oblivion. His work has been translated into forty languages and he is a Fellow of the Royal Society of Literature. He lives in West Berkshire with his wife, Gill Hornby. 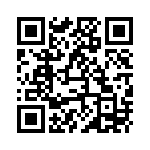