Andrew Hammond is a journalist and writer who currently works as a Reuters correspondent based in Cairo, Egypt, and Dubai, United Arab Emirates, specializing in Middle East political and cultural affairs. 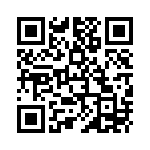