James Ball: James Ball has worked in political, data and investigative journalism in the US and the UK for BuzzFeed, The Guardian and the Washington Postin a career spanning TV, digital, print and alternative media. His reporting has won the Pulitzer Prize for public service, the Scripps Howard Prize, the British Journalism Award for investigative reporting, The Royal Statistical Society Award and the Laurence Stern Fellowship. 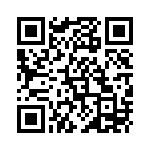