Rajeev Patke was born in Pune, India. He read English literature for a BA and an MA from Pune and an M.Phil. and D.Phil. from Oxford, where he was a Rhodes Scholar. He has taught at the University of Pune, and has taught at the National University of Singapore since 1988. He has authored abook on the long poems of Wallace Stevens (Cambridge, 1985), co-edited several books on literature and culture, and his ongoing research interests include the writings of Walter Benjamin, and the relation between poetry and painting. 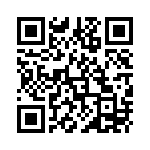