In his book, Postmetropolis: Critical Studies of Cities and Regions, Edward Soja tries to refocus the dialogue around the postmetropolis with a, “critical cultural, postmodern and spatial perspective” (p. 282). He breaks up his effort into three parts: Part I: material spatial practices; Part II: conceived spaces; and Part III: understanding the fully lived space. Throughout the book he weaves the idea of human spatiality, which is the awareness that every human interaction occurs in space as well as the concept of synekism, which is the condition arising from dwelling together.
Soja uses the city of Los Angeles as his case study throughout the book, and commits extensive portions in Part III to an analysis of the so called 1992 Justice Riots and the Rodney King trial. He draws upon excerpts from writings on Los Angeles during that period including; newspapers, novels, poetry and peer reviewed articles to understand better the lived in city. In his conclusion, he ends with examples of the concept of growth with equity in LA.
Soja frames the association of urbanism with the ideas of spatiality and synekism through what he calls the three urban revolutions and views the Postmetropolis transition through the lens of six different urban ideologies: Post-Fordism, Cosmopolis, Exopolis, Fractal City, Carceral Archipelago and Sim City. He is critical of terms such as social justice, which has no concrete links to the reality of the urban form. Rather than social justice, he believes spatial justice is a more apt term because it deals with social, environmental and economic problems as well as showing tangible connections.
The idea of space is intricately linked to any study of urbanism, however, Soja has built up through a number of his writings the idea that there are multiple ways to look at space. He defines these in three adroit categories; First Space considers things in space, Second Space deals with how we think about space and Third Space it the real “lived in” space. In urban studies, there are two general forms of development: dense central agglomerations and multi-nodal dispersal. The latter is often considered not urban even when it has many other indications of metropolitanism.
The traditional causes of city and state development have always required a plethora of different factors. In Soja’s sampling of the literature he points out eight general requirements for urban designation according to traditional interpretation (p. 23): Organizing large-scale irrigation and flood control, Trade and Commerce, Sustained Food Surplus, Kingship and Hierarchies, Religion and Ceremonial Activity, Defence Against Outsiders, Population Increase and Environmental Degradation.
Soja, however, believes that all these are either contained in synekism or unnecessary for city development; in other words cities are built through amalgamation of socio-economic centers and interdependence of its inhabitants.
One of Soja’s stated purposes with this book is to create, “better ways” of dealing with social barriers through affirmative action (p. 351). He criticized how, “the relative absence of a critical cultural, postmodern and spatial perspective has significantly weakened the theoretical, empirical, and practical discourses on the restructuring of sociality in the postmetropolis as well as on the problems arising from the dramatic surge of inequality that has been associated with the postmetropolitan transition” (p. 282).
Whether he has added anything significantly new to the discourse itself may be argued, but he definitely challenges the traditional interpretations of urbanism and merges multiple schools of thought in order to refocus the dialogue back to a “critical cultural, postmodern and spatial perspective” (p. 282).
What Soja has done then with this book is to respatialize the discourse, enter a more intentional and precise use of synekism into urban studies and perhaps given a sense of accomplishment and validity to what has perhaps been a marginalized school of thought in

Edward W Soja is Professor of Planning at the University of California, Los Angeles. He has written extensively on urban social life, planning and theory. His previous books include Postmodern Geographies: The Reassertion of Space in Critical Social Theory (Verso, 1989)and Thirdspace (Blackwell, 1996). 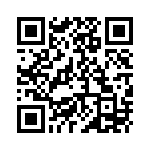