STEVEN LUKES is Professor of Sociology at New York University, USA. He has previously held professorships at the London School of Economics and Political Science, UK, the University of Siena, Italy, the European University Institute, Italy, and Balliol College, Oxford, UK. His many published works include Moral Conflict and Politics, Marxism and Morality, Essays in Social Theory, Individualism, and Emile Durkheim: His Life and Work. 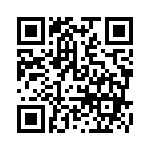