In her latest of a series of studies of formidable women, Felsenthal (Alice Roosevelt Longworth, 1988, etc.) profiles the longtime Washington Post and Newsweek publisher, often called ``the most ... Read full review

Katharine Graham, b. 1917. I found Felsenthal's biog to be very readable. She includes notes and sources, so I'm not sure what the previous reviewer means by "not well researched" since the reviewer ... Read full review 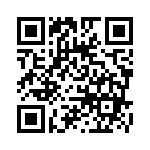