C. Wright Mills, an American sociologist, was one of the most controversial social scientists of the mid-twentieth century. He considered himself a rebel against both the academic establishment and American society in general, and he rarely tried to separate his radical ideas from his teaching and writing. Irving Louis Horowitz summarized much of Mills's ideas in the subtitle of his biography of him: An American Utopian. Mill's most traditional sociological study is The Puerto Rican Journey. His most direct attack on his colleagues in sociology is The Sociological Imagination (1959) (which he found left much to be desired). His most ideological work is The Power Elite (1956), an attempt to explain the overall power structure of the United States. Mills thought that the dominant "value-free" methodology of American sociology was an ideological mask, hiding values that he did not share. According to his younger colleague Immanuel Wallerstein, Mills was essentially a utopian reformer who thought that knowledge properly used could bring about a better society. 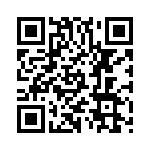