Edward de Bono studied at Christ Church, Oxford (as a Rhodes Scholar). He also holds a PhD from Cambridge and an MD from the University of Malta. He has held appointments at the universities of Oxford, London, Cambridge and Harvard.

In 1967 de Bono invented the now commonly used term 'lateral thinking' and, for many thousands, indeed millions, of people worldwide, his name has since become a symbol of creativity and new thinking. He has written numerous books, which have been translated into 34 languages, and his advice is sought by Nobel laureates and world leaders alike. 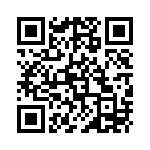