OK, part of why I enjoyed this book so much was the title! Jake is the perfect CIA operative - no family, no ties, genius skills with a computer and he's a teen, so totally unexpected. It's every kid ... Read full review

Kimberly Reid prepared early for life as a writer of criminals, sleuths, and international spies—even if she didn’t realize it back then. She lucked into a family who works in police departments, courtrooms, and as private investigators. She attended a high school focused on international relations and later, studied national security policy in college. Now Kimberly lives in Colorado and writes stories about all of those things. Her books include Prettyboy Must Die, Perfect Liars, and My Own Worst Frenemy and the memoir No Place Safe, which has been optioned for television by ABC Signature studios and Oscar-winning screenwriter John Ridley. 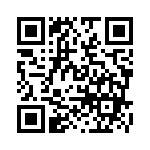