Don Oberdorfer was a journalist for thirty-eight years before his retirement from the Washington Post. He spent three semesters as Princeton's Ferris Professor of Journalism. He is the author of two books: Tet!, a history of the 1968 battle in Vietnam, and The Turn: From the Cold War to a New Era, a history of U.S.-Soviet diplomacy from 1983 to 1990. 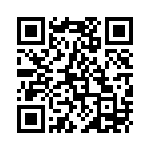