Winnifred Fallers Sullivan is professor of law and director of the Law and Religion Program at the University at Buffalo Law School, State University of New York. She is the author of The Impossibility of Religious Freedom (Princeton). 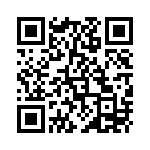