Rita J. Simon is a professor in the School of Public Affairs and the Washington College of Law at American University. Christiaan De Waal works as an investigator and has a masters degree in international justice and terrorism from American University. 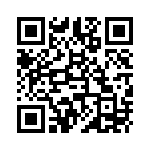