This is an impressive, if depressing, book. Journalist Steve Coll has done exhaustive work painting a comprehensive picture of the policies, actions and operating philosophies of one of the largest ... Read full review

This engaging book looks at corporate giant ExxonMobil from the Valdez disaster in 1989 to the BP's Deep Water Horizon disaster in 2010. Valdez dumped 257,000 barrels of oil into Prince William Sound ... Read full review

Steve Coll is the author of the Pulitzer Prize-winning Ghost Wars and the dean of the Graduate School of Journalism at Columbia University, and from 2007 to 2013 was president of the New America Foundation, a public policy institute in Washington, D.C. He is a staff writer for The New Yorker, and previously worked for twenty years at The Washington Post, where he received a Pulitzer Prize for explanatory journalism in 1990. He is the author of seven other books, including On the Grand Trunk Road, The Bin Ladens, Private Empire, and Directorate S. 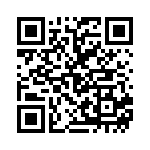