Page 319 - BUILDING HEIGHT, BULK, AND FORM How Zoning Can Be Used as a Protection against Uneconomic Types of Buildings on High-cost Land BY GEORGE B.
Appears in 50 books from 1922-2002

JEROLD S. KAYDEN, a lawyer and urban planner, is Associate Professor of Urban Planning at the Harvard University Graduate School of Design. He has published widely, coauthoring Landmark Justice: The Influence of William J. Brennan on America's Communities and coediting Zoning and the American Dream: Promises Still to Keep.

THE NEW YORK CITY DEPARTMENT OF CIT Y PL ANNING guides the City's physical development and formulates land use plans and strategic policies with major goals that include encouraging housing and economic development, improving the City's quality of life, and preserving its neighborhoods.

THE MUNICIPAL ART SOCIET Y OF NEW YORK is a private, nonprofit membership organization that champions excellence in urban design and planning, and preservation of the best of New York's past. Situated in the Urban Center in midtown Manhattan, the Society engages citizens on issues of the city's built environment. 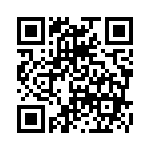