Gérard Roland is professor of economics and political science at the University of California, Berkeley. A leading expert in the field of transition economics and institutional change, he is the author of Transition and Economics: Politics, Markets, and Firms.

Joseph E. Stiglitz is University Professor at Columbia University and former chief economist and senior vice president of the World Bank. Among his books are Escaping the Resource Curse and Globalization and Its Discontents, which has been translated into twenty-eight languages. In 2001 he was awarded the Nobel Prize in economics. 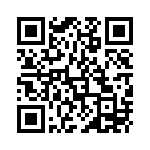