Juan J. Linz is Sterling Professor of Political and Social Science at Yale University. Alfred Stepan, the first rector and president of the Central European University, is Gladstone Professor of Government and Fellow of All Souls College, Oxford University. 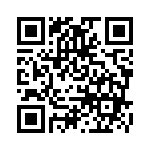