Arny Mindell developed process work or what is called today, "process oriented psychology" (p.o.p.), in the mid 1970's. Beginning with Taoism, physics and Jungian psychology, by the 1990?s, he expanded process work to include quantum theory and a deeper form of democracy that applied to all states of consciousness for individuals and groups. Arny's recent research and practice has lead to "process-oriented Ecology" integrating large group conflict work with environmental issues. Together with his wife, Amy, and their many colleagues in Portland and around the world, Mindell was the co-founder of the original school of process oriented psychology in Zurich, Switzerland in the early 1980's. Today, the Mindells consult and work as facilitators on community and conflict problems for groups, cities and governments worldwide. They teach process work, give personal therapy and classes in their home city of Portland, Oregon and work in many places around the world. Mindell's books include Dreambody, The Shaman's Body, Sitting in the Fire, and Quantum Mind. 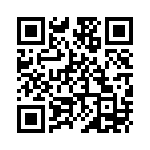