Eric van der Vlist is an independent consultant and trainer. His domain of expertise includes Web development and XML technologies. He is the creator and main editor of XMLfr.org, the main site dedicated to XML technologies in French, the author of the O’Reilly books XML Schema and RELAX NG, and a member or the ISO DSDL (http://dsdl.org) working group, which focuses on XML schema languages. He is based in Paris and you can reach him by mail (vdv@dyomedea.com) or meet him at one of the many conferences where he presents his projects.

Alessandro Vernet has been involved with web and XML technologies from day one. Prior to co-founding Orbeon, he worked at Symantec Corporation as part of the VisualCafe team, working on the next-generation RAD for web applications. He is the co-author of The Best of Java, received the 1998 Logitech Award for his master’s thesis on Jaskell, and is one of the architects of the open source Orbeon PresentationServer (OPS) project. His current interests lie in XML technologies and web applications. He recently implemented an XForms engine using Ajax/JavaScript, co-authored the XML Pipeline Language specification published by the W3C, and is active in two W3C Working Groups: the XForms and XML Processing Model Working Groups. He holds an MS/CS from the Swiss Institute of Technology (EPFL) in Lausanne, Switzerland.

Erik Bruchez has extensive experience in the software industry as a software architect and consultant. As a former employee of Symantec Corporation, he contributed to the VisualCafe for Java product line. In 1999, he co-founded Orbeon, Inc. (www.orbeon.com), where he is now an architect of Orbeon PresentationServer (OPS), an open source web platform for form-based applications that builds on technologies such as XForms and Ajax. Erik participates in the W3C’s XForms and XML Processing Model working groups. He is the author of articles about web applications and XML technologies and has been a speaker at conferences such as JavaOne, ObjectWebCon, and XTech. Erik holds an MS/CS degree from the Swiss Institute of Technology (EPFL) in Lausanne, Switzerland. He spends most of his time between Switzerland and California and can be reached by email at ebruchez@orbeon.com.

Joe Fawcett started programming in the seventies and briefly worked in IT after leaving full-time education. He then pursued a more checkered career before returning to software development in 1994. In 2003 he was awarded the title of Microsoft Most Valuable Professional in XML for community contributions and technical expertise. He currently works in London as senior developer for FTC Kaplan Ltd, a leading international provider of accountancy and business training.

Danny Ayers is a freelance developer, technical author, and consultant specializing in cutting-edge Web technologies. His motivation is the belief that with a little encouragement, the Web can be significantly more useful and interesting than it is now. He’s been a blogger for some five years (http://dannyayers.com), with a tendency to post material relating to the Semantic Web or cat photos.

Technical Editor Micah Dubinko is an experienced software architect and writer working for the Mobile Platform group at Yahoo! Inc. He has been programming since the third grade—at the time on a computer with only 2K of memory. Micah served as an editor and author of the W3C XForms specification, publishing a book in print and online, and eventually being awarded the InfoWorld Innovators 2004 award for his effort. Since then, he has contributed to and edited numerous Web 2.0 books and articles. His blog is at http://dubinko.info/blog/. Micah lives with his wife and two daughters in Silicon Valley. 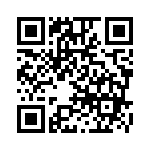