PROFILES OF THE FUTURE: AN INQUIRY INTO THE LIMITS OF THE POSSIBLE

Arthur Clarke is the high lama of science fiction and non-fiction; as an astrophysicist he wrote The Exploration of Space; with a Wellsian imagination he concocted Childhood's End. The articles ... Read full review

Profiles of the Future is a sort of hybrid science fiction and science book in which Arthur C. Clarke speculates upon possible future advances in technology. Originally published in 1962, this edition ... Read full review

Arthur C. Clarke (1917 - 2008)
Sir Arthur Charles Clarke was born in Minehead, Somerset in 1917. He studied at King's College, London, receiving a BSc in physics and mathematics. During the Second World War he served in the Royal Air Force and was part of the team that developed the early warning radar defence system, an experience recounted in his 1963 novel Glide Path. A paper published in the October 1945 edition of Wireless World on the subject of geostationary satellites is widely recognised as having 'invented' the telecommunications satellite system. Clarke began publishing SF in 1946 with 'Loophole' in Astounding Science Fiction magazine, and soon established himself as one of the major science fiction voices of the 20th century. He won the first of three Hugo Awards for short story 'The Star' in 1956, and his 1973 novel Rendezvous With Rama won the Hugo, Nebula and John W. Campbell Memorial Awards. He is, though, best known as the writer and co-creator with Stanley Kubrick of the groundbreaking SF film 2001: A Space Odyssey. A year after the release of that film, Clarke found himself beside US broadcasting legend Walter Cronkite, commentating on the historic Apollo 11 mission to place a man on the moon. Awarded the SFWA Grand Master Award in 1985 and knighted by Queen Elizabeth II in 1998, Arthur C. Clarke was a giant of modern SF and one of the premier thinkers of our time. He died at his home in Sri Lanka in March 2008.

To discover more about how the legacy of Sir Arthur is being honoured today, please visit http://www.clarkefoundation.org 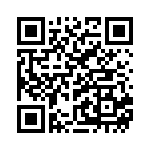