Senators who stood against the popular will, often including the will of their own states, in causes good and maybe not so good—Kennedy was extremely forgiving of various men who wished to preserve ... Read full review

I read this book at the turn of the millennium. If I remember correctly I tracked it down via the internet, possibly one of the first books I bought on the internet. Then again, I have a memory of ... Read full review

John F. Kennedy (1917-1963) was president of the United States from 1961 to 1963. At forty-three, he was the youngest man ever elected to the Oval Office and the first Roman Catholic president. 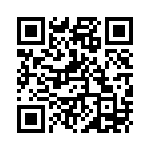