Rita Singh is an associate research professor at the School of computer Science at Carnegie Mellon University, USA, and is also affiliated to the Department of Electrical and Computer Engineering and the Institute of Strategic Analysis at CMU. She has worked in the areas of speech and audio processing for more than two decades. Her research has been on the development of technology for the automated discovery, measurement and learning of the information encoded in voice signal for optimal voice intelligence. Currently, her research focus is on the science of profiling humans from their voice. For the past four years, her group at CMU has been working towards building AI-forensic technologies for the concurrent deduction of myriad human parameters from voice. Her research ranges from basic explorations into the human voice, its variability and iuniqueness, to developing mechanisms for the reconstruction of the entire human persona from voice. He research had led to the creation and demonstration of live systems for multi-perspective voice profiling and for the reconstruction of human faces at the World Economic Form and other public fora. The results of her work continue to aid crime investigations by federal and law enforcement agencies in USA, and find applications in security, healthcare and social settings. 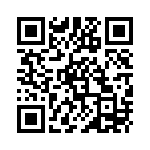