Jesse Liberty is the best selling author of Programming ASP.NET, Programming C#, and a dozen other books on web and object oriented programming. He is president of Liberty Associates, Inc., where he provides contract programming, consulting and on-site training in ASP.NET, C#, C++ and related topics. Jesse has been a Distinguished Software Engineer at AT&T and Vice President for technology development at CitiBank. 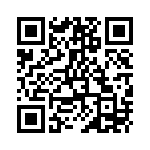