This is the best general book on Scala programming language. The stress is on the 'general' part, because there are other books for specific aspects of Scala programming, such as Actors, or books ... Read full review

Martin Odersky is the creator of the Scala language. He is a professor at EPFL in Lausanne, Switzerland, where since 2001 he has led the team that developed the Scala language, libraries, and compiler. He was also co-designer of Java generics and the original author of the current javac reference compiler. Lex Spoon worked on Scala for two years at EPFL and is now a software engineer at Google, Inc. Bill Venners is president of Artima, Inc., author of many articles on Java as well as the book Inside the Java Virtual Machine, and the designer of the ScalaTest testing framework. 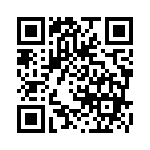