This volume collects over 50 articles, book reviews, and addresses by a Union Seminary theologian, almost all previously published. The disparate brief pieces are partially connected by West's ... Read full review

Page 3 - I hate, I despise your feast days, and I will not smell in your solemn assemblies. Though ye offer me burnt offerings and your meat offerings, I will not accept them: neither will I regard the peace offerings of your fat beasts. Take thou away from me the noise of thy songs; for I will not hear the melody of thy viols. But let judgment run down as waters, and righteousness as a mighty stream.
Appears in 470 books from 1747-2008
Page 9 - In so far as Marx posited a metaphysical materialism, an ethical relativism, and a strangulating totalitarianism, I responded with an unambiguous "no"; but in so far as he pointed to weaknesses of traditional capitalism, contributed to the growth of a definite self-consciousness in the masses, and challenged the social conscience of the Christian churches, I responded with a definite "yes.
Appears in 20 books from 1942-2003
More
Page ii - Jesus took the loaves; and when he had given thanks, he distributed to the disciples, and the disciples to them that were set down; and likewise of the fishes as much as they would. 12 When they were filled, he said unto his disciples, Gather up the fragments that remain, that nothing be lost.
Appears in 433 books from 1755-2008
Less 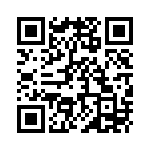