Kat and Matt shared a wonderful night together that was ruined when his girlfriend showed up. He told her to leave, she cursed him without knowing she was cursing him and went back to her world to ... Read full review

Zoe Forward is a hopeless romantic who can't decide between paranormal and urban fantasy romance. So, she writes both. In addition to being a mom to one rambunctious kindergartener and wife to a conservation ecologist who plans to save all the big cats on the planet, she's a small animal veterinarian caring for all the small furries, although there is the occasional hermit crab.

When she's not typing at her laptop, she's tying on a karate belt for her son or cleaning up the newest pet mess from the menagerie that occupies her house. She's madly in love with her globe-trotting husband of ten years and happiest when he returns to their home base in North Carolina. 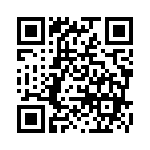