Details a series of conflicts about park management over the past few decades, including the reintroduction of wolves, the continued use of snowmobiles, gold mining, and allowing bison to roam beyond ... Read full review 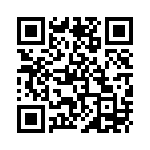