Page 15 - What I did and what I saw. By LM D'ALBERTIS, Officer of the Order of the Crown of Italy, Honorary Member and Gold Medallist of the IRGS, CMZS, &c., &c. In 2 vols., demy 8vo, cloth extra, with Maps, Coloured Plates, and numerous very fine Woodcut Illustrations, 42*.
Appears in 166 books from 1832-2000
Page 271 - Past, But the hopes of youth fall thick in the blast And the days are dark and dreary. Be still, sad heart ! and cease repining ; Behind the clouds is the sun still shining ; Thy fate is the common fate of all, Into each life some rain must fall, Some days must be dark and dreary.
Appears in 605 books from 1801-2008
More
Page 1 - Butler ( WF) The Great Lone Land; an Account of the Red River Expedition, 1869-70. With Illustrations and Map. Fifth and Cheaper Edition, crown 8vo, cloth extra, Js. 6d. The Wild North Land; the Story of a Winter Journey with Dogs across Northern North America. Demy 8vo, cloth, with numerous Woodcuts and a Map, 4th Edition, l8s.
Appears in 509 books from 1862-2007
Page 2 - ... Churchyard. Keat's Eve of St. Agnes. Milton's L' Allegro. Poetry of Nature. Harrison Weir. Rogers' (Sam.) Pleasures of Memory. Shakespeare's Songs and Sonnets. Tennyson's May Queen. Elizabethan Poets. Wordsworth's Pastoral Poems. " Such works are a glorious beatification for a poet.
Appears in 160 books from 1872-2000
Page 7 - ... The chapters are so lively in themselves, so mingled with shrewd views of human nature, so full of illustrative anecdotes, that the reader cannot fail to be amused.
Appears in 440 books from 1866-2007
Page 285 - Round Table. With Biographical Introduction. The Religio Medici, Hydriotaphia, and the Letter to a Friend. By Sir THOMAS BROWNE, Knt. Ballad Poetry of the Affections. By ROBERT BUCHANAN. Coleridge's Christabel, and other Imaginative Poems. With Preface by ALGERNON C. SWINBURNE. Lord Chesterfield's Letters, Sentences and Maxims.
Appears in 466 books from 1869-2004
Page 19 - By JULES SANDEAU. Illustrated. 2. Little Women. By LOUISA M. ALCOTT. 3. Little Women Wedded. Forming a Sequel to "Little Women.
Appears in 257 books from 1872-2001
Page 19 - Undine, and the Two Captains. By Baron DE LA MOTTE FOUQUE. A New Translation by FE BUNNETT. Illustrated. 10. Draxy Miller's Dowry, and the Elder's Wife. By SAXE HOLM. 11. The Four Gold Pieces. By Madame GouRAUD. Numerous Illustrations. 12. Work. A Story of Experience. First Portion. By LOUISA M. ALCOTT. 13. Beginning Again. Being a Continuation of "Work.
Appears in 253 books from 1872-2004
Page 285 - ST. LOUIS, KING OF FRANCE. THE ESSAYS OF ABRAHAM COWLEY, including all his Prose Works. ABDALLAH; OR, THE FOUR LEAVES. By Edouard Laboullaye. TABLE-TALK AND OPINIONS OF NAPOLEON BUONAPARTE. VATHEK : AN ORIENTAL ROMANCE. By William Beckford. THE KING AND THE COMMONS: a Selection of Cavalier and Puritan Song.
Appears in 395 books from 1869-2004
Page 285 - Lord Chesterfield's Letters, Sentences, and Maxims. With Introduction by the Editor, and Essay on Chesterfield by M. de Ste.-Beuve, of the French Academy. Essays in Mosaic. By Thos. Ballantyne. My Uncle Toby ; his Story and his Friends. Edited by P.
Appears in 438 books from 1871-2002
Less

Louisa May Alcott was born in Germantown, Pennsylvania, in 1832. Two years later, she moved with her family to Boston and in 1840 to Concord, which was to remain her family home for the rest of her life. Her father, Bronson Alcott, was a transcendentalist and friend of Ralph Waldo Emerson and Henry David Thoreau. Alcott early realized that her father could not be counted on as sole support of his family, and so she sacrificed much of her own pleasure to earn money by sewing, teaching, and churning out potboilers. Her reputation was established with Hospital Sketches (1863), which was an account of her work as a volunteer nurse in Washington, D.C. Alcott's first works were written for children, including her best-known Little Women (1868--69) and Little Men: Life at Plumfield with Jo's Boys (1871). Moods (1864), a "passionate conflict," was written for adults. Alcott's writing eventually became the family's main source of income. Throughout her life, Alcott continued to produce highly popular and idealistic literature for children. An Old-Fashioned Girl (1870), Eight Cousins (1875), Rose in Bloom (1876), Under the Lilacs (1878), and Jack and Jill (1881) enjoyed wide popularity. At the same time, her adult fiction, such as the autobiographical novel Work: A Story of Experience (1873) and A Modern Mephistopheles (1877), a story based on the Faust legend, shows her deeper concern with such social issues as education, prison reform, and women's suffrage. She realistically depicts the problems of adolescents and working women, the difficulties of relationships between men and women, and the values of the single woman's life. 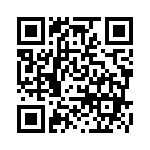