Christopher B. Strain is an associate professor of history and American studies at the Harriet L. Wilkes Honors College of Florida Atlantic University. 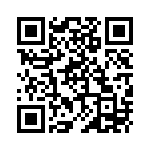