I'm glad to be done with this for now, as I am with most books intended for reference use that I try reading cover to cover. Nevertheless it's a great resource, and I think the recipes here are a bit ... Read full review

Even though it's intended for experienced developers, it helped me understand some of the tricky issues that I was running into just starting out. Read full review

Alex Martelli spent 8 years with IBM Research, winning three Outstanding Technical Achievement Awards. He then spent 13 as a Senior Software Consultant at think3 inc, developing libraries, network protocols, GUI engines, event frameworks, and web access frontends. He has also taught programming languages, development methods, and numerical computing at Ferrara University and other venues. He's a C++ MVP for Brainbench, and a member of the Python Software Foundation. He currently works for AB Strakt, a Python-centered software house in Gteborg, Sweden, mostly by telecommuting from his home in Bologna, Italy. Alex's proudest achievement is the articles that appeared in Bridge World (January/February 2000), which were hailed as giant steps towards solving issues that had haunted contract bridge theoreticians for decades.

David Ascher is the lead for Python projects at ActiveState, including Komodo, ActiveState's integrated development environment written mostly in Python. David has taught courses about Python to corporations, in universities, and at conferences. He also organized the Python track at the 1999 and 2000 O'Reilly Open Source Conventions, and was the program chair for the 10th International Python Conference. In addition, he co-wrote Learning Python (both editions) and serves as a director of the Python Software Foundation. David holds a B.S. in physics and a Ph.D. in cognitive science, both from Brown University. 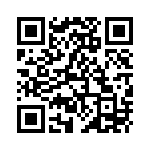