GUY DAVENPORT (1927-2005) was born in South Carolina and lived for more than forty years in Lexington, Kentucky, where he died in 2005. The author of more than twenty books, includingThe Geography of the Imagination,Eclogues, andThe Death of Picasso, he was also a distinguished professor at the University of Kentucky and a MacArthur Fellow in 1990. 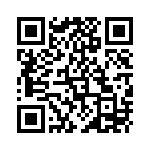